The conviction of six Italian scientists, members of the Commission of High Risk, of criminal manslaughter for providing ‘inexact, incomplete and contradictory information’ few days prior to a deadly 6.3 magnitude earthquake in 2009, has alarmed the scientific community for all the wrong reasons. Instead of taking a step back to reflect on our role as scientists to society and to humanity as a whole, we have started polemicising on the fairness of the trial without even taking the time to read the indictments properly. Had we done that, we would have immediately realised that the trial was not against the science of predicting earthquakes but rather against a breach of morality. These ‘Gentlemen’, to say it a’ la Di Pietro, willfully evaded sharing knowledge at the peril of hundreds of people. And, as Ayn Rand eloquently reminds us in Atlas Shrugged, whilst an error of knowledge is not a moral flaw, a brake of morality be it the conscious choice of an action you know to be evil or a suspension of sight and of thought, is an account of infamy. And it is precisely due to this ‘negligence’ that they have been convicted. 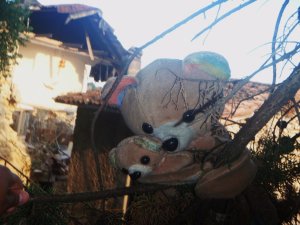 Prior to the earthquake on the 6th of April 2009, in less than 4 months, L’Aquila had been bombarded by more than 400 strong quakes. It was an intense and unexpected survival training course, which thought the population to listen to their instinct and to sleep outside when they feared danger. But when on TV, they were reassured, in the name of science, that there was no risk of a big quake, many stopped listening to their instinct and stayed indoors. Unfortunately, the predictions were based on false assumptions and instead of preventing deaths it caused more victims.

Having the ability to change people’s behaviour in a life threating event implies an awful lot of trust. Trust, however, goes hand in hand with responsibility. If we want trust from people we can’t misalign our moral compass and forget who we are accountable to. May we take this as a tragic lesson that underestimating or overemphasising events can have disastrous consequences. This doesn’t mean that we should suddenly stop researching or publishing our results in fear of getting things wrong, that’s just silly. What it does mean, however, is that we should be overly cautious in the way we conduct and communicate science, always keeping in mind that our actions can have profound effects on people’s lives.

More than three years have passed since the earthquake and let me assure you that in the hearts and souls of the survivors, there has been no healing. And there will never be. There can only be acceptance. And there can be no acceptance without trust. So lets start to rebuild this trust by taking a step back, with humility, respect and integrity, to reflect on our role and responsibilities as scientists.